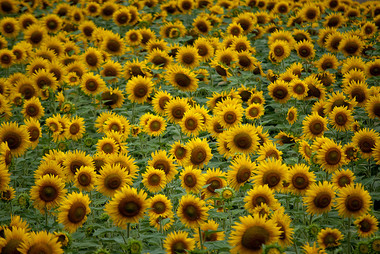 The original book cover of Peter Tompkins and Christopher Bird’s The Secret Life of Plants (1973) is adorned with a disturbing image: A baby face, or, rather the face of a young woman, with red lips and roses on her cheeks glances into the air. Her face is embedded in the head of a delicate white flower and a structural pattern serves as a background, directing our gaze towards the sun in the middle of the picture.

In a way, the image of this anthropomorphized, semi-mathematical flower suits the book it is supposed to illustrate: a book about the life of plants in the age of cybernetics. Plants have a communicative life which is too slow for humans to perceive with the naked eye, the book argues, but thanks to modern technology we can observe it indirectly.

The book was later to be turned into a documentary by Walon Green, where Stevie Wonder features on the soundtrack. Lie-detectors, time-lapse photography and the smooth sounds of the electric keyboard of Stevie Wonder let humans enter the mysterious everyday life of the vegetable kingdom.

One of the key figures in Thompkins and Bird’s secret story of plants is the Indian physic and biologist Jagadish Chandra Bose (1858-1937). In the early 20th century Bose developed an instrument called the crescograph. The instrument was made in order to examine how well plants grew under given conditions. Since surveillance of plants is a very boring job, Bose automated the process, creating an instrument resembling the devices of early cybernetics research, that was to locate control mechanisms to optimize machines and control living organisms. But the instrument measured a lot of strange things, among them what Bose believed to be the feelings of plants.

Bose is the author of one of the first SF-stories in Bengali in 1896, translated to English by Bodhisattva Chattopadhyay. Runaway Cyclone tells the story of the mystical scientific riddle that occurred when a cyclone in the Indian Ocean suddenly, and without any immediate explanations, changed its course, sparing the city of Calcutta. As it turns out in the story, the sudden change was not a coincident, but caused by tiny drops of Indian hair oil poured out into the ocean from a boat. A minimal change in the eco system of the world changed everything.

In the short story “The Author of the Acacia Seeds” by Ursula Le Guin a figure somewhat resembling Jagadish Chandra Bose appears: a Dr. Srivas from Calcutta, who ”uses time-lapse photography, to produce a lexicon of Sunflower”. Just like Bose imagined that he would be able to read the secrets of plants by using new technology, Dr. Srivas believes that the language of plants is within reach if he can only speed it up enough to make it visible for the human eye.

The narrator in this part of Le Guin’s story is the president of the Therolinguistic Association. He criticizes Dr. Srivas for taking human communication as the model for plant communication – to assume that plants communicate like humans, only slower: “He saw the extreme slowness of the kinesis of plants, and only that, as the problem to be solved.”

However, the problem is more fundamental. Plants do not communicate, the president of the Therolinguistic Association argues. If they have a way of expressing themselves, it does not look like anything we have seen before. ”What it is, we cannot say; we have not yet discovered it.”

It will be immensely difficult. That is clear. But we should not despair. Remember that so late as the mid-twentieth century, most scientists, and many artists, did not believe that Dolphin would ever be comprehensible to the human brain—or worth comprehending! Let another century pass, and we may seem equally laughable. “Do you realise,” the phytolinguist will say to the aesthetic critic, “that they couldn’t even read Eggplant?” And they will smile at our ignorance, as they pick up their rucksacks and hike on up to read the newly deciphered lyrics of the lichen on the north face of Pike’s Peak.

And with them, or after them, may there not come that even bolder adventurer—the first geolinguist, who, ignoring the delicate, transient lyrics of the lichen, will read beneath it the still less communicative, still more passive, wholly atemporal, cold, volcanic poetry of the rocks: each one a word spoken, how long ago, by the earth itself, in the immense solitude, the immenser community, of space.